Recycle your waste to energy

Renewable energy is something that we all must be consciously aware of in today’s world. For decades, solar power and wind farms have been a natural resource that has produced a renewable energy solution for millions.

There are 2 types of Anaerobic Digestion. In both types of processes, there are a number of bacteria that are involved in the process of anaerobic digestion including acetic acid-forming bacteria (acetogens) and methane-forming bacteria (methanogens). These bacteria feed upon the initial feedstock, which undergoes a number of different processes converting it to intermediate molecules including sugars, hydrogen & acetic acid before finally being converted to produce biogas.

Biogas is the mixture of gases produced by the breakdown of organic waste in the absence of oxygen (anaerobically), primarily consisting of methane and carbon dioxide.

Populations of anaerobic bacteria typically take a significant period of time to establish themselves to be fully effective. It is therefore common practice to introduce anaerobic microorganisms from materials with existing populations. This process is called ‘seeding’ the digesters and typically takes place with the addition of sewage sludge or cattle slurry.

Digested material is great to use as a soil conditioner and a fertiliser, increasing the soils organic content. Arctic tankers deliver the waste to the fields, before tipping it into the holding tank. The waste is then pumped across the field using a self propelled machine or in wetter conditions with a tractor that has low ground pressure tyres and is fitted with a dribble bar. This delivers a non-toxic layer of organic fertiliser across the field. RAW also offer a range of hire solutions along with the ability to custom fit machinery to improve performance.

See below for the services RAW Solutions offer: 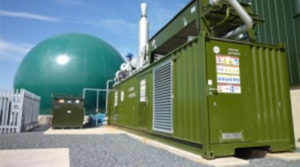 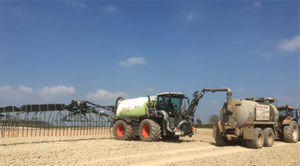 We will work with the anaerobic digestion plant owners to find suitable feedstock to help optimise gas output and increase profit from the plant. Finding the correct mix of feedstock is very important for the biological balance of the digester and a poor diet will impact greatly on output. This can also result in non-digested material building up and will result in increased plant maintenance costs.

Your digester tanks will require complete emptying on a 5-10 yearly basis. This is when an internal check can be carried out by suitably qualified confined space personnel. We can provide all of the equipment required to carry out this service along with routine unblocking and cleaning of pipework. Our service can also increase digestion and extend the preservation of piping, pumps, etc.

The end product of the digestion process is a valuable commodity as a fertiliser and we can arrange for collection from your AD plant and disposal onto suitable farmland with the correct permits and equipment. We can also arrange for and assist with the paperwork and equipment to ensure that the liquid is PAS 110 compliant – producing quality anaerobic digestate.